Large field of Porsches set to do battle in Round 4

Monterey, Calif. (25 July 2017) – As the Pirelli GT3 Cup Trophy USA stages Round 4 of the 2017 championship at Mazda Raceway Laguna Seca this weekend, the series welcomes its largest field of racers in years with 37 Porsche entries set to do battle at the picturesque facility.

At 2.238 miles in length with 180 feet of elevation change and 11 turns, Mazda Raceway Laguna Seca is a driver favorite. The northern California circuit, nestled 125 miles south of San Francisco, is well-known for its signature turn – the down-hill plunging “Corkscrew”.

With five different classes competing on the track at one time and a large field of Porsches on hand, the competition is sure to be fierce. 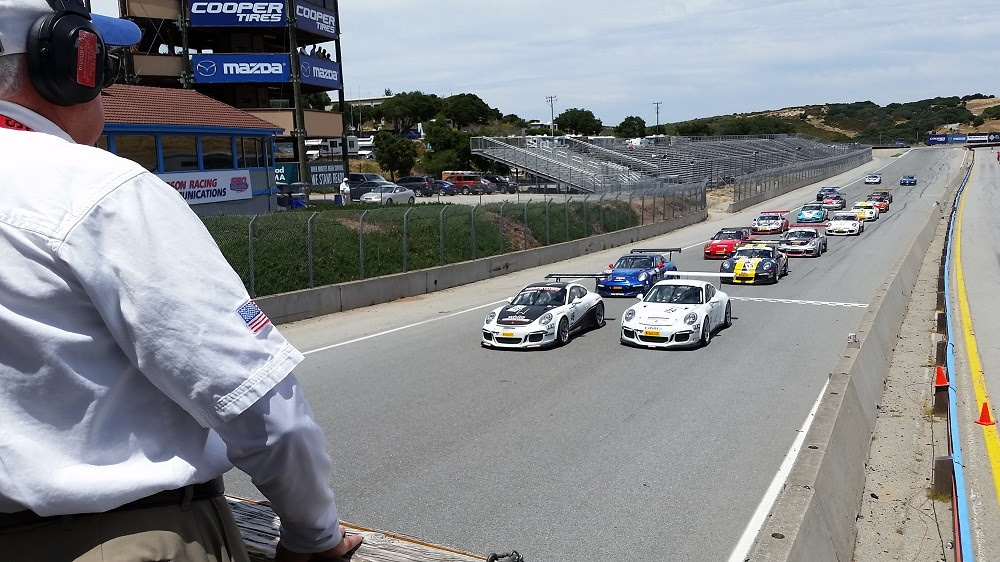 In the Diamond category, the competition has reflected that spirited nature of Pirelli GT3 Cup Trophy USA with four different race winners through the first six races. A double-win in the previous event at Utah Motorsports Campus saw championship leader Loren Beggs take his second and third victories of the season. He leads the Diamond championship into the Mazda Raceway Laguna Seca weekend with 119 points over Max Root.

Returning to Pirelli Cup GT3 Trophy USA action is 2016 Silver class Champion Kevin Woods who will be making the move to the Diamond category. Driving with TruSpeed Autosport, the No. 94 Porsche entry will feature a partnership with Warriors on Track which is an organization that helps veterans cope with the effects of PTSD. (For more on this partnership, CLICK HERE)

Bryce Ward has stood on the podium in every race so far this year in the Diamond Masters category. He has won at all three tracks that the Pirelli GT3 Cup Trophy USA has visited in 2017 and looks to add another track to that winning tally this weekend.

“I’ve only been to Mazda Raceway Laguna Seca once before,” said Ward, who leads the Diamond Masters championship with 126 points. “I’m actually really looking forward to it because I haven’t been in the car for a while. The team has been working on the cars for the last couple of weeks and they’re very well-prepared and we’re really looking forward to a super race. The competition has been really strong. It’s a lot of local boys up there so I think they may have an edge on me, so I’ll rely on my coach Damien (Faulkner) to help me through the weekend. Hopefully we’ll leave there with a few more points and still have the lead in the championship.” 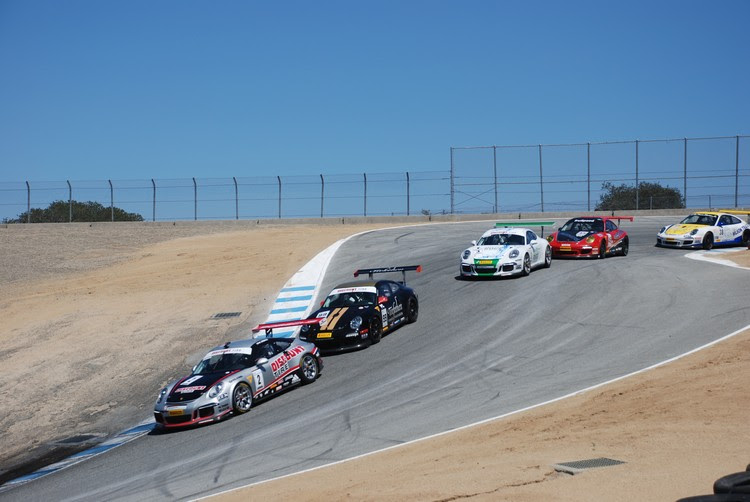 In the Platinum category, Ray Shahi has dominated in the opening three rounds by winning all six races. Larry Schnur and David Lockwood, who sit second and third in the championship standings, respectively, will look to gain ground at Mazda Raceway Laguna Seca.

“Laguna has a special spot in my heart, it’s fun, technical, and challenging with very little margin for error,” said Shahi. “It is hard to pass and gets crowded pretty fast because after a few laps you will catch the slower cars – but that can be an advantage or disadvantage depending on where you are running in the order. The Mazda Raceway race will be fun and crowded since lots of drivers have signed up for this race.”

Sean McAlister and Hutton McKenna have both won races this year, but it’s been Jeff Kearl who has scored four victories and leads the Silver class championship. McAlister and McKenna will try to knock Kearl off of his winning streak at Mazda Raceway Laguna Seca, but with Kearl having raced at the track for years, the competition level will be high.

“I grew up in Pleasanton so Laguna is the first track I ever drove,” said Kearl. “I love the heritage of the track. I find it a tough track to spec race because passing can be difficult. You really have to capitalize on other racers’ mistakes when the cars are so equal. I think in the mixed car classes, the strengths and weaknesses of different car types allow for more passing strategy. It should be a fun one!”

Steve Goldman once again leads the way in the Silver Masters category, having won five of the six races so far this year. 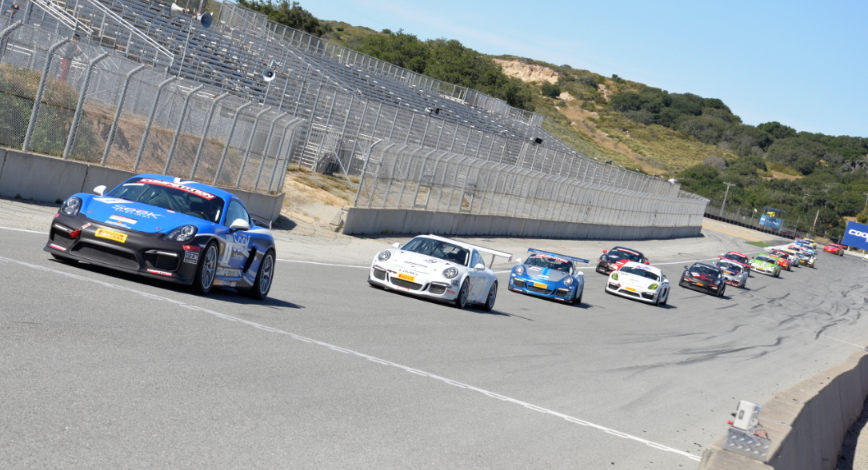 “We are very excited to begin the second half of our 2017 race season at Mazda Raceway Laguna Seca with our drivers wanting to get back to racing,” said Competent Motorsport President Greg Franz. “We have a great mix of cars throughout the field all ready to enjoy one of the landmark road courses in North America. Fans should come out and see great racing all the way through the field.”

On track action gets underway with three practice sessions on Friday, July 28. Both Saturday and Sunday will feature a full day of racing with a practice, qualifying session, and 35 minute race.

Live timing can be followed at http://www.competentmotorsport.com/index.php/live-timing/.